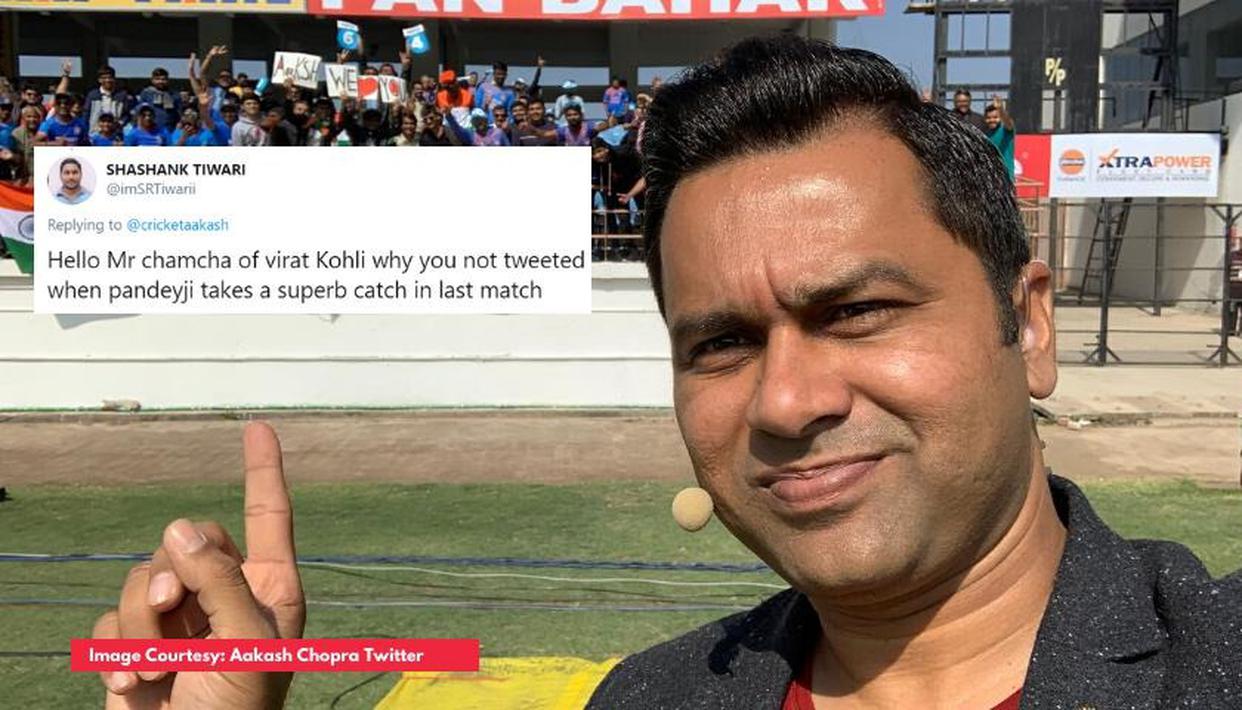 Cricket in India is one of the most followed topics. Every second person in this nation talks about the sport and hence, the world calls cricket a religion in India. There are numerous followers of cricket in India and it is dead sure that not everyone will have the same opinion every time.

There is a major class of fans who love and adore Virat Kohli while there are others who love MS Dhoni. And there are also fans who love both of them. So, this shows that the thinking and mindset of every cricket fan are very different.

Along with the cricketers, the fans also have different opinions for the various commentators. Some fans say Aakash Chopra is the best whereas some say Harsha Bhogle is number 1 batsman.

It is fine to have hilarious banters and sledge about the cricketers and commentators but the cricket universe should understand that they do not have the right to insult anyone. There has to be a limit of everything and whenever someone crosses the limit, he should be ready to face the consequences.

Right now, the same situation transpired after the 3rd ODI between India and Australia. As the fans would know that Virat Kohli had taken a magnificent catch to dismiss Marnus Labuschagne in the third ODI but very few know about the controversy that followed.

Aakash Chopra, being a lover of the game, praised Kohli’s efforts with a beautiful tweet. However, there was a hick who tried to spoil everyone’s mood with a reply where he called Aakash Chopra a ‘Chamcha of Virat Kohli’ i.e. a person who only praises Kohli because he is the captain and not thinks about any other player.

Here’s how Aakash Chopra burned him down on the micro-blogging site.

Sorry. I pledge to tweet on every great catch taken in 2020. 😐
Get a life, dude. I was on commentary when Pandey ji took that catch and called it. And Praised it. I don’t tweet while commentating. https://t.co/xVNikaQX4u