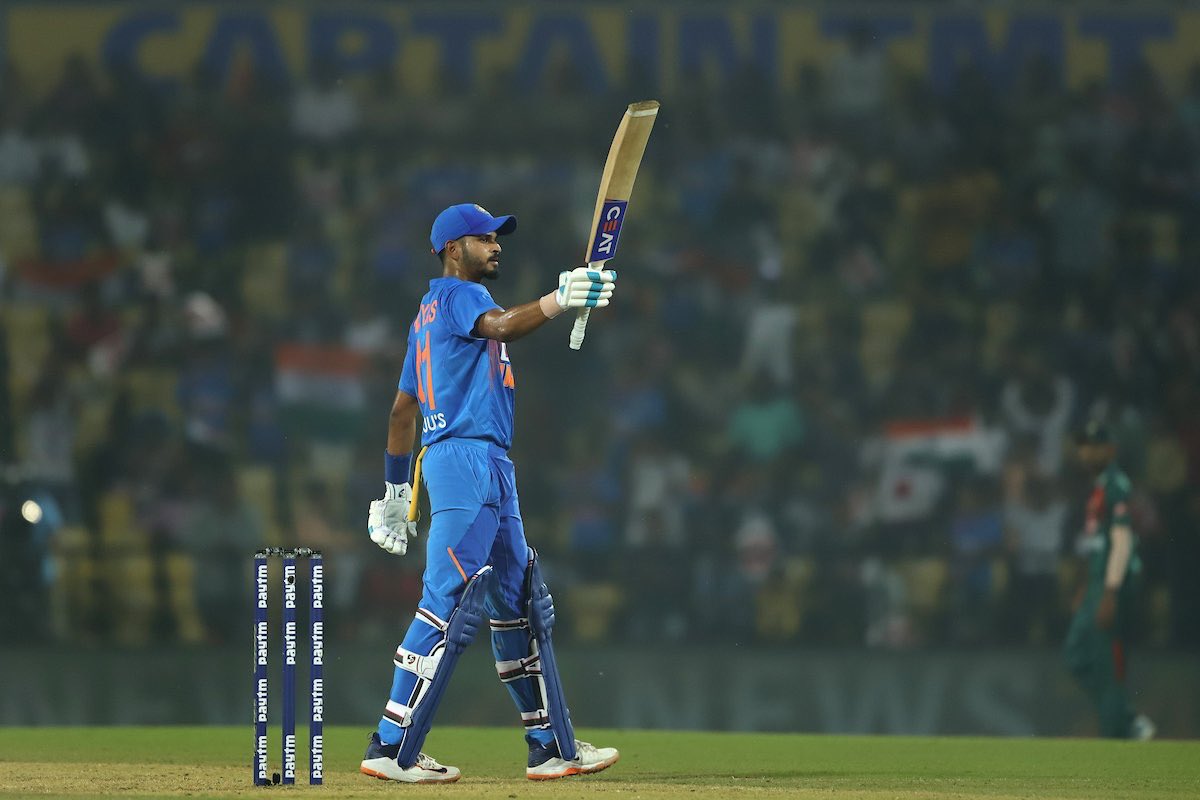 Shreyas Iyer’s power-hitting inning yesterday against Bangladesh at Nagpur led India to clinch the series by 2-1. India won the match by 30 runs.

Talking about the match, India was asked to bat first after Bangladesh’s captain Mahmudullah won the toss. Indian cricket team batting scored 174/5 in 20 overs and set a target of 175 runs for Bangladesh.

Series was at 1-1 before the 3rd T20i and Bangladesh team had a great chance of winning their first-ever series over India. But from the Bangladesh team except for Naim who scored 81 runs in 48 balls no other stand to win the game.

Deepak Chahar took 6 wickets and also took a hat trick and led the Indian team clinch the series. You can also watch the Deepak Chahar Hat-Trick against Bangladesh here

At a moment the Indian team was not in a good position. But Shreyas Iyer and KL Rahul managed to get out of that situation and set a good target for the visitors.

Shreyas Iyer started his inning at a slow rate and took his time. But after he played the 10 balls he was fully set and activated the 5th gear and started smashing the Bangladeshi bowlers. In his inning of 66 runs, he smashed 5 big sixes. Afif Hossain was that unfortunate bowler against whom he smashed 3 consecutive sixes in 15th over.