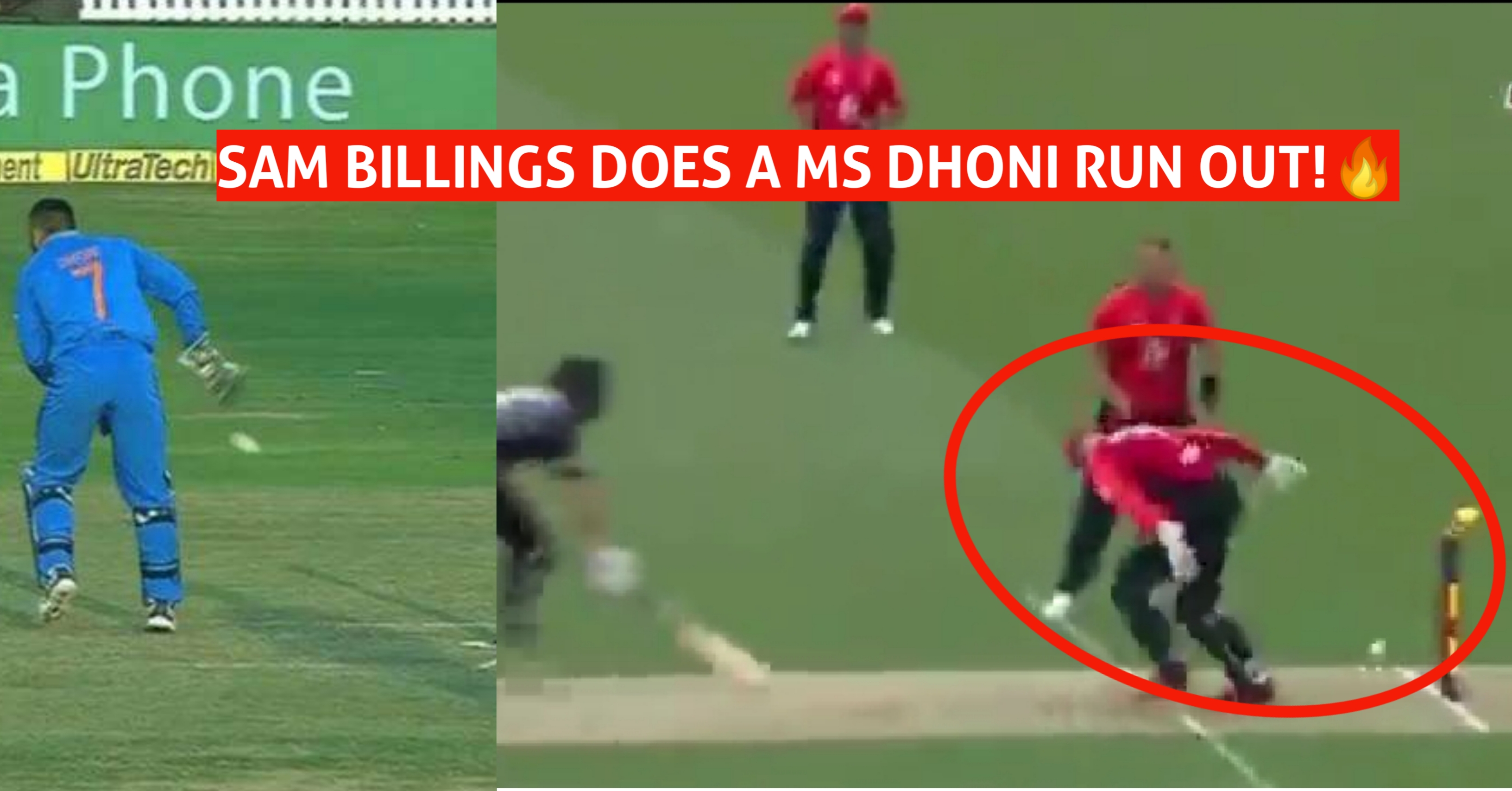 England Cricket team has won the 5th and last T20I against New Zealand at Eden Park, Auckland. England team won this match in a super over before the match was tied on the last ball.

Talking about the match England won the toss and opted to bowl first. Due to rain, the match was reduced to 11 overs on both sides. New Zealand batting first only score 146 runs in 11 overs and England batting second also scored 146 runs and match went in to super over.

Sam Billing produces a run out like MS Dhoni

It was the last ball of the first inning of the match. New Zealand batsman Ross Taylor was on strike and he played a shot towards square leg.

But when the New Zealand batsman was coming for the second run Sam Curran collected the ball and throw accurately to the wicketkeeper side. Sam Billings the England Wicket Keeper collected the ball perfectly and produced a run out like MS Dhoni.