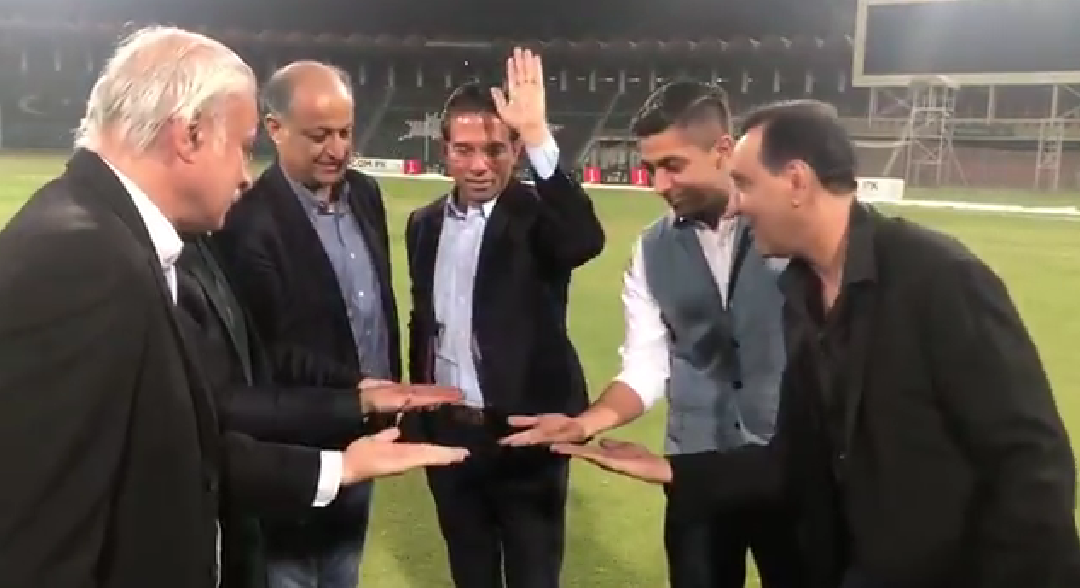 Pakistan Super League is now getting more popular around the world after the majority of the tournament is being held in Pakistan.

It is expected that the 5th season of the PSL might be completely held in Pakistan only. As the foreign players are more interested to visit Pakistan after the Sri Lanka tour to Pakistan earlier this year.

The draft for the season 5 is to take place in Gaddafi Stadium in this mid-November. And for this, the franchise owners choose a unique way to decide who gets the first pick in the draft.

Who can pick the first player in Draft of PSL 2020 will be decided by the “Pugam Pugai” or you can say “Show of Hands”. This is a gully cricket rule and close to the fans of cricket. This is an out of box idea right now at this level of cricket. For this, all the franchise owners will gather at Gadaffi Stadium, Lahore.

A video has gone viral in which all the franchise owners are seen practicing for it. Watch the video on the next page.