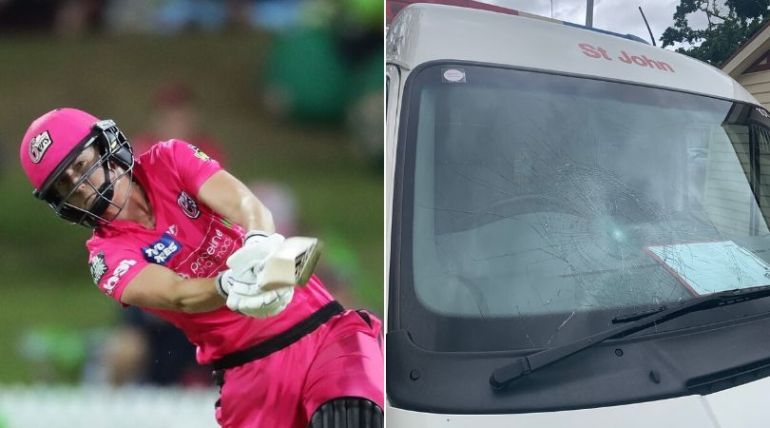 In the 31st match of the ongoing Women Big Bash League between the Hobert Hurricanes Women and Sydney Sixer Women, the Sydney Sixer captain broke the glass of an ambulance with a monstrous six.

The glass broke by Ellyse Perry

The Sydney Sixer captain Ellyse Perry for her 70 runs inning selected as player of the match. In her inning, she also hit 4 boundaries and 4 sixes. But one of the best six of those 4 hits came on the last ball of the inning of the match.

That six from Ellyse Perry on the last ball of the match broke the mirror of a Charity Ambulance. Here is the photo of Mirror of that Ambulance.

Here’s the result of that @EllysePerry